Botanicals for Brain Sharpness and Repair 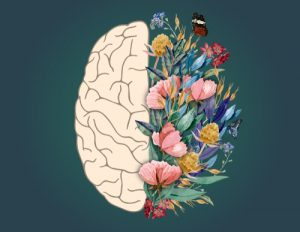 Sluggish brain function or “brain fog” is the condition that has, in the past, often been associated with condition such as fibromyalgia, chronic fatigue syndrome, post chemo brain, etc. but now a large amount of people are experiencing brain fog either after Covid infection or as a post Covid vaccine sequelae. Because of this, Dr. Judy Gianni, along with input from the other docs at NatureMedica, have come up with a specialized botanical liquid extract formula (tincture) to help heal the brain, reduce neuroinflammation, and clear up brain fog.
Here are the herbs found in our Brain Formula:

The combination of these high powered botanicals can steadily improve brain function and optimize well-being. A typical dose would be 3 “droppersful” in water twice a day. Duration of treatment is 1-4 months, depending on severity of symptoms and length of brain compromise.
* “dropperful” is the amount drawn into the glass dropper when fully pinching the rubber stopper.